In the depths of our bookshop, under an arch, you may have spotted two secret doors…  One cold January morning, our team of in-house artists began working on a secret project. After some research, and lots of collecting, the idea for ‘The Book Burrow’ was formed. Based on an idea Rosamund had dreamt up in the early days of Mainstreet, we set out to convert two dusty cobwebbed cupboards under the stairs into listening dens, for children to experience the joy of audio books. 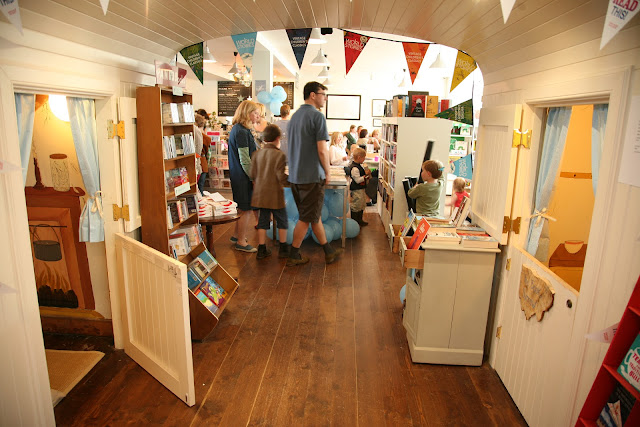 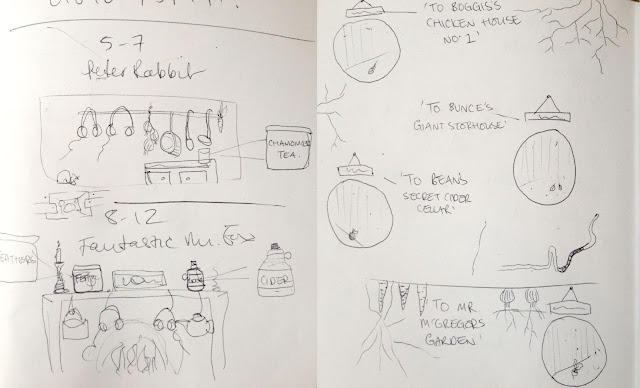 Phillippa’s First Sketches of the Burrow interiors
and below, mid painting and finsihing The Borrowers house. 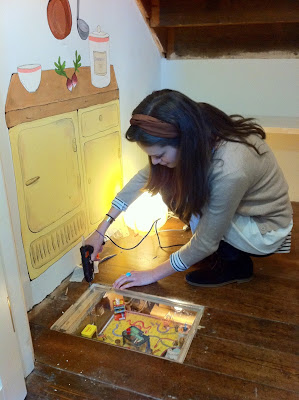 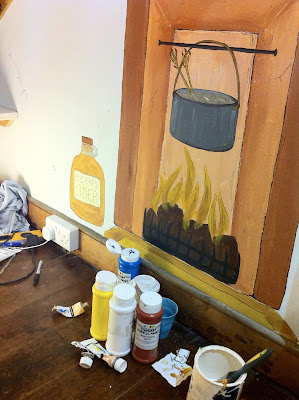 Of course we began with our usual penchant for adding a literary twist to everything we do. The first ‘Burrow’, Beatrix Potter inspired, would become Mrs Rabbits kitchen, under Mr McGregors Garden. The second, Roald Dahl inspired, would be the home of Mrs and Mrs Fox, beneath the watchful eyes of Boggis, Bunce and Bean. And, simply because one can’t create an underground den without including the original inhabitants of ‘under the floor’ we decided to build ‘The Borrowers’ house into the floorboards. And so, Phillippa began painting tunnels, carrots, and flagons of cider, while Shaun and Vivian started to make all manner of ‘Borrowed’ miniature home furnishings. 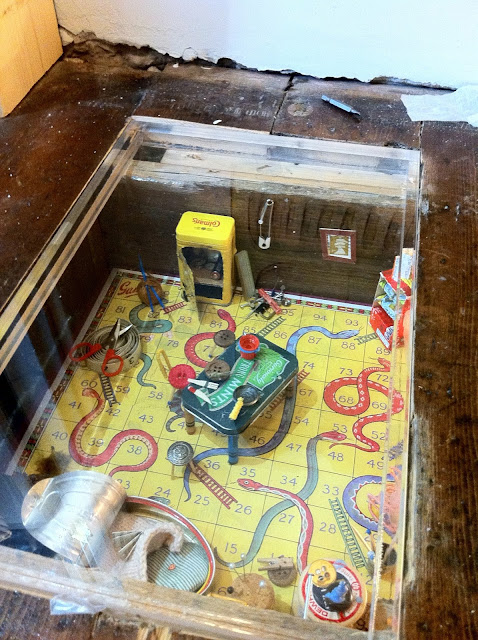 The Borrowers under the floor.
We launched The Book Burrows as part of our 5th Birthday Party, and we all dressed up as our favourite children’s book characters! Lots of fun ensued, with face painting, balloons and cupcakes a plenty! We even had a very special visit from the ever wonderful Maggie O’Farrell and her lovely family, who all dressed up as Alice in Wonderland characters! 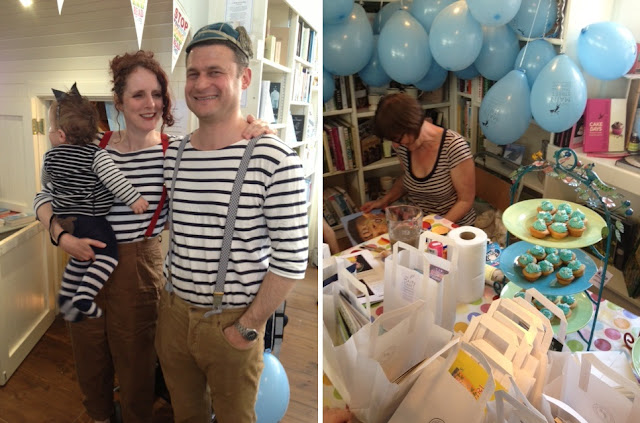 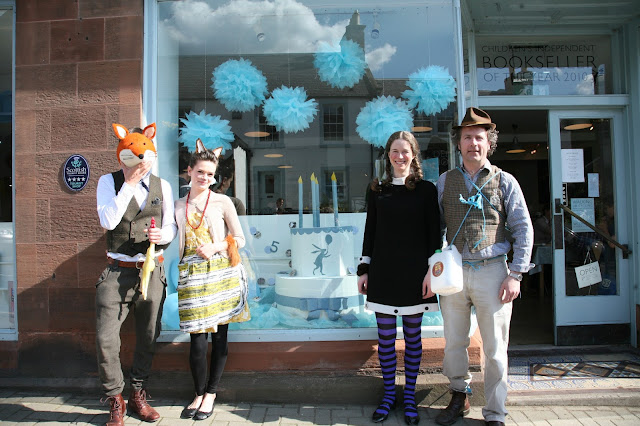 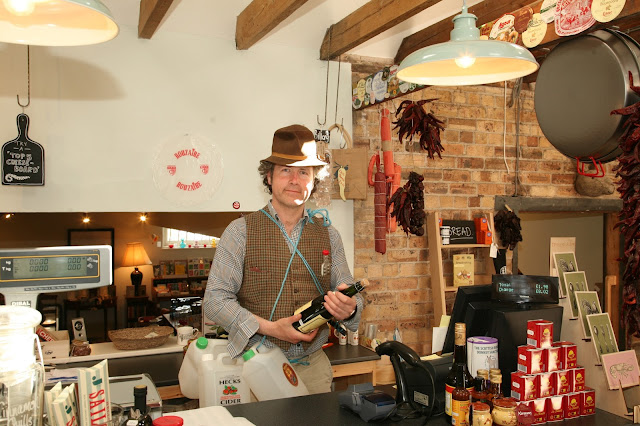 Farmer Bean and his Somerset Cider in our Deli 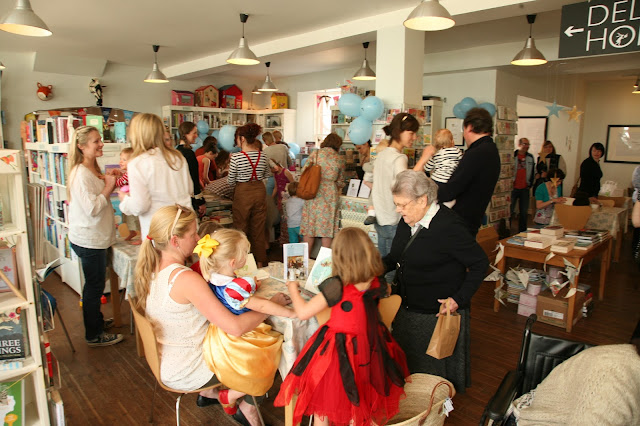 The party in full swing 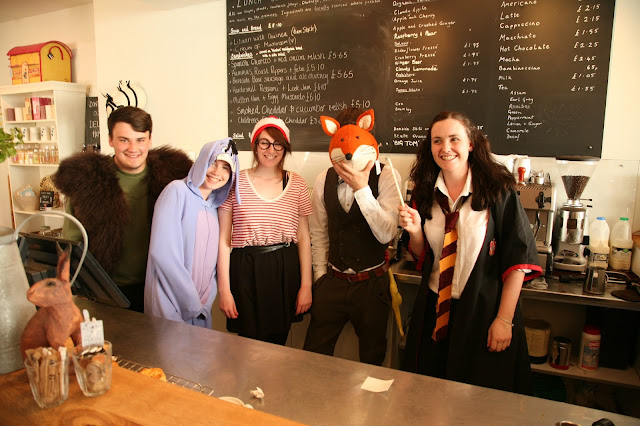