Music, Paella and a Pint – A Night with the Bookshop Band

@TheBookshopBand just had a customer in talking about last night – ‘I’m lost for words…’ (in a good way!).
— Mainstreet Trading (@mainstreethare) June 23, 2013

This tweet is the only way we could think to describe our evening with ‘The Bookshop Band‘! The supremely talented, (and equally charming) Somerset three piece, delighted our SOLD OUT audience with a whole library of bookish melodies and witty tales of bookshops past. All washed down with scrumptious Paella (made by Shaun and Vivian with game from Burnside Farm Foods, and seasonal local vegetables) and a pint or two of Foxy Blonde Ale from The Scottish Borders Brewery.

Formed in late September 2010, The Bookshop Band write songs inspired by books, and play them in bookshops. A certain amount of ‘musical chairs’ happens throughout their set, as Ben Please, Poppy Pitt and Beth Porter juggle endless musical talent and lots of instrument swapping. Adding to the creativity, designed and printed by Ben on a traditional letterpress, the bands studio albums are works of art in themselves. Each individually numbered and beautifully packaged.
Before each song the band took it in turns to summarise the book that inspired it, and give us a little insight into their song writing and life on the road (since we saw them, the band have played several sell out shows up and down the country, including 2 days at Glastonbury!). Each song was a complete joy, and transported us from the Mainstreet barn, to a sun-soaked festival far away…

Cue rapturous applause from our audience and the perfect encore to end the evening.
Thanks Bookshop Band, please come and play for us next summer! 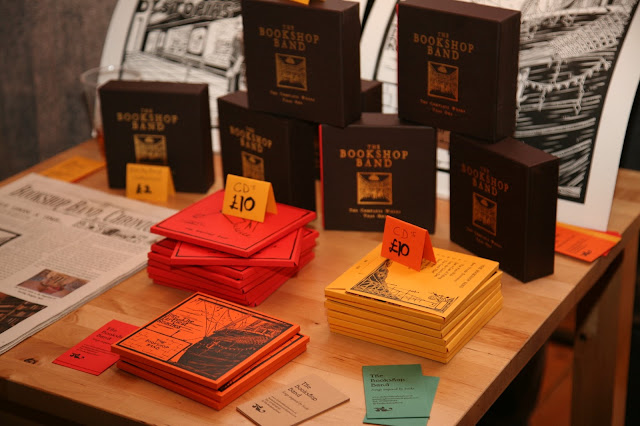 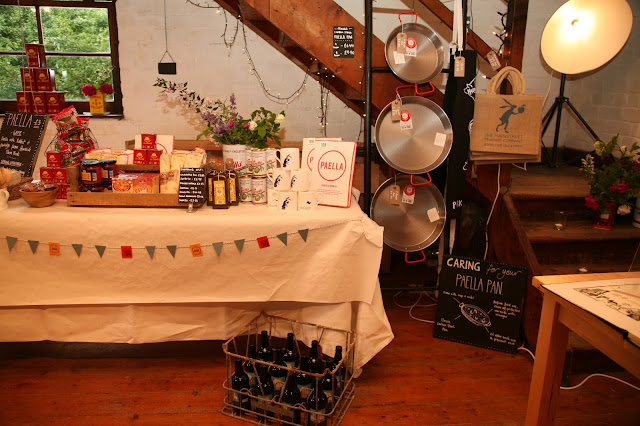 Paella ingredients for sale from our Deli 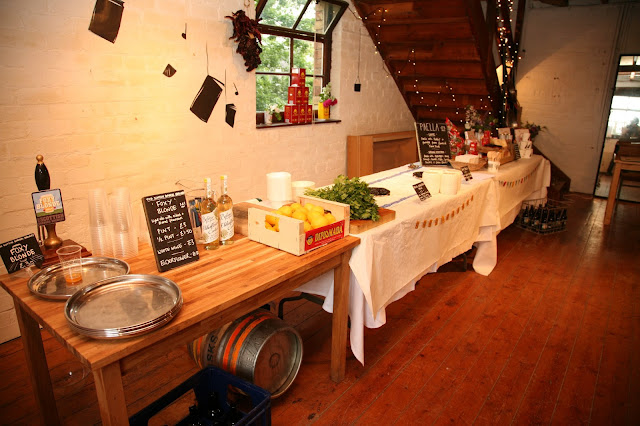 Our ‘Paella and a Pint’ Bar 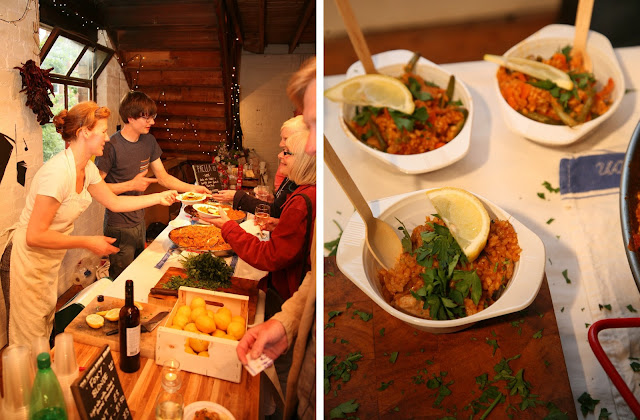 The Chef’s serving their delicious Paella 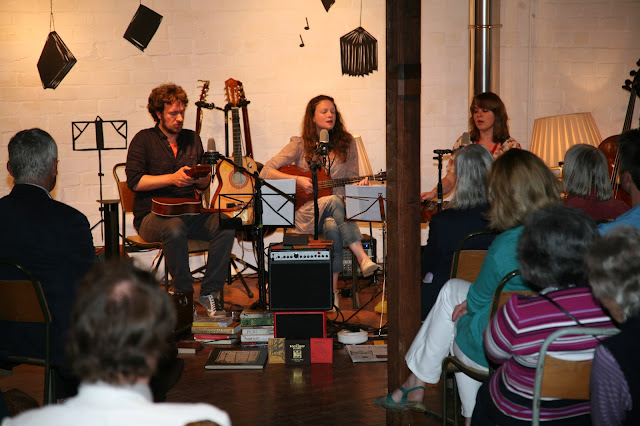 Ben, Beth and Poppy performing
Back to all
previous next